A downloadable game for Windows

Single player classic first-person shooter, based on the (work in progress, pre-alpha unreleased) Classic Single-Player First Person Shooter Game Framework for Unreal Engine 4.  In addition to being an entry for the UE4 Epic MegaJam 2018, this game is a proof of concept for the game framework (when finished, will be sold on the UE4
Marketplace).  It also let me see some things that need to be fixed in the framework!

WASD + mouse to control your player.  LMB to fire.

Dodge: V (jump away from object/surface you are touching with influence from your current motion; test it to get a feel for how it works)

Stash weapon (for melee or to throw things): 0  (all numbers are top-row of keyboard)

Select next weapon: mouse wheel up or ]

Select best available weapon that still has ammo: b (1 is considered best, then 2, then 3)

Operate switch/pick up and carry object/drop carried object: E or F (can only pick up objects less than 200Kg.  If too heavy, E or F only pushes the object)

On title screen, end of level view, player death view, hit a key or click mouse button to continue.  On player death, the level will be restarted with default health and no weapon.  On end of level, you carry weapons, ammo, health, and drunk level to next level.

Drunk Level: The more alcohol you have in you, the more resistant you are to enemy attacks.  The down side is your vision and movement are somewhat impaired.  If you kill a drunk enemy, you can take its bottle and add to your drunk-shielding.

Keys: You may have to shoot the holder of a key to make it drop the key so you can continue to the next level.

Unzip the zip file into a directory somewhere.  Then, open the directory, navigate to the Stagger_DeplorableMountaineer and double-click to run the Stagger.exe application file. 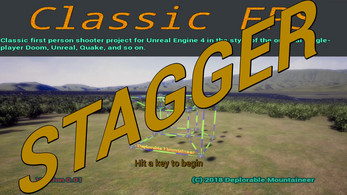 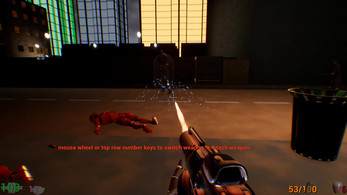 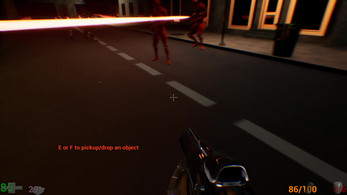 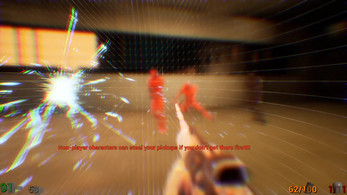 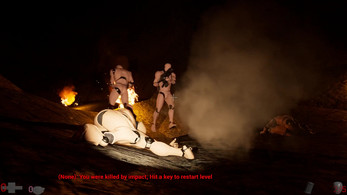 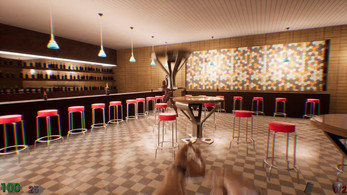